How To Use Button Sets in Articulate Storyline 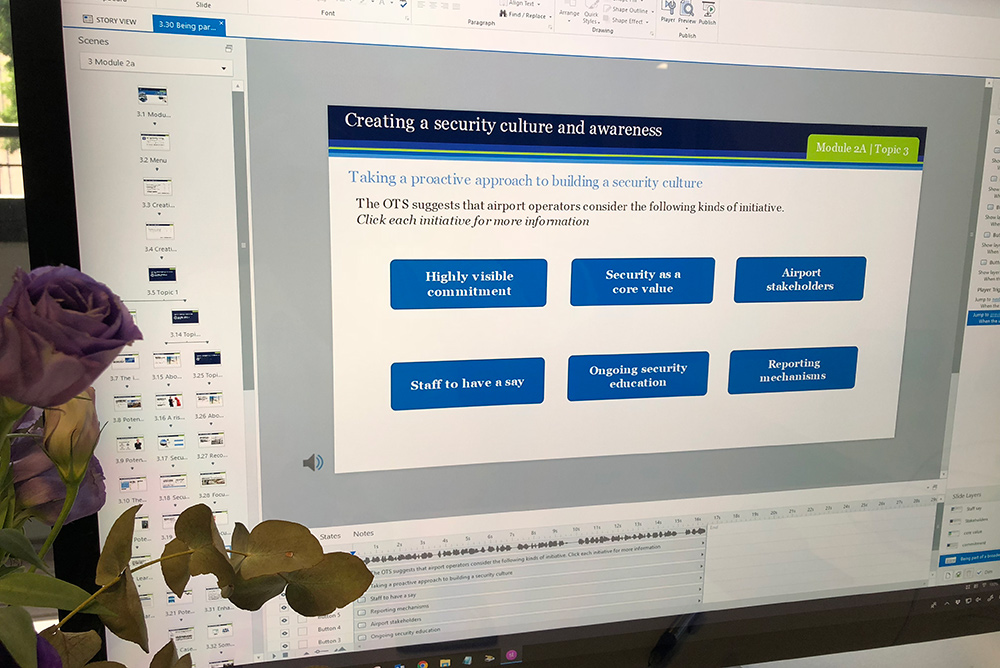 We often see people over programming in Articulate Storyline by adding unnecessary triggers, variable and states to perform a function. In Articulate Storyline (1, 2 and 360) there’s a few things that I call ‘hidden gems’ because until someone tells you about them you probably wouldn’t know they existed.

Buttons sets are one of those gems and are a handy feature to use. Even though they are called button sets you can use them for other objects but I’ll begin with using then for groups of buttons.

Sometimes on a slide you might have several buttons for say a click and reveal interaction. You might also want it to be obvious which button is active. This is where the button set comes in and they are easy to create.

Even though they’re called ‘Button sets’ they can be used for other groups of objects where you only want one object in the group to be selected at any one time. Here’s some examples that I’ve used before:

Even if you’re not using buttons, the process is the same for creating a button set with objects – select all the objects > right click > choose button set > name your set. Again, you may want to change the look of your selected state.

There you have it, button sets a neat feature in Storyline!